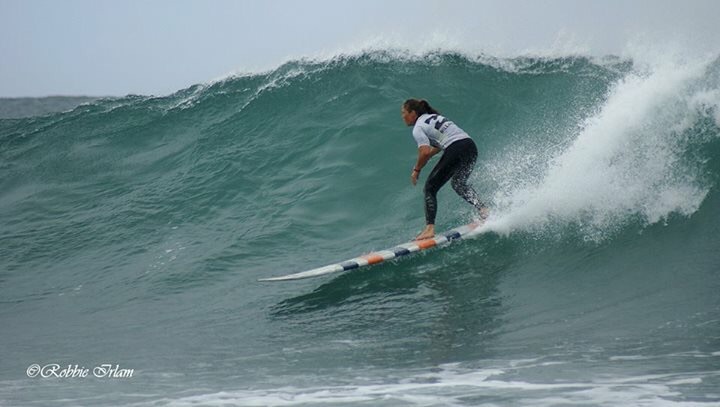 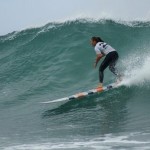 Wave size remains one of surfing’s most contentious topics. Every surfers wave scale differs as there are a great number of variables to factor in before calling the size of the surf! Its not a scientific formula but more of a ‘guesstimation’ based on the surfers skill level, experience, personal sense of ‘machoism’ and how jealous you want to make the guy asking.

As a ‘greenie’ to the sport, your local surf report comes in and you hear the surf is a punchy 3ft. You think rad, I’m average height so the surf should be about waist high. However when you rock up at the beach, its breaking somewhere overhead and you begin to wonder if the guy reporting could have been 7ft tall! So what happened? In the surfing code you are just expected to know…a surfing 1ft is not a regular 1ft…and when you think you have the formula sorted, someone starts calling it in Hawaiian sizes.

Surfers loosely measure the wave face then halve it. So a 6ft face becomes a 3ft wave. The surfers scale looks like this: 1ft = ankle to knee high, 2ft waist to shoulder high, 3ft head high and anything past overhead becomes 4-6ft. After that it’s really okay to just call it BIG!

When calling on the Hawaiian scale, everything is called SMALL until its well overhead. So a regular 6ft becomes Hawaiian 2ft as measuring is done from the back of the wave. I always wonder how you are meant to do this when standing in the car park?

Big wave surfing legend Buzzy Trent once said “Waves are not measured in feet or inches but increments of fear” so in South African terms this translates into playful, alert, nervous, knyp and kamikaze!

Do watch out for puffy chested guys who tend to under call it…you just surfed the biggest wave you have ever ridden and he claims it was only 1-2ft! He isn’t Hawaiian he is just egotistic.
So this is what we know for certain, surfers don’t conform to the standard units of measurement and most are not as hardcore as the Hawaiians. Next time you check the forecast stick to the surfers scale and you won’t be in for any surprises!